Having enjoyed the process of last creating year’s successful Hairstyles of the Rich and Famous, we wanted to push things a bit further… by going further back.

The 1970′s saw the foundations of some of the themes we explored in relation to the 80′s: glamour, gender fluidity, street style and fantasy.  We were both born early in the seventies, and like most of our peers, spent our childhoods influenced by AM radio, tv and popular movies.  Our appreciation for subcultural and “fringe” artists and their works came later of course, but here we bring together some of our earliest pop-culture crushes and the weirder stuff that speaks to us now.

The decade’s hair was often typified by a “natural” free-flowing mane, but more carefully-constructed images and shapes remain the focus for this series.  We chose to challenge ourselves by expanding both the size of a few pieces and the scope to include particularly iconic costuming and makeup.  Background patterns of seventies wallpaper have been added to evoke multiple influences of the era’s décor: graphic interpretations of floral motifs, bold geometrics and a continuation of space-age fascinations.

Our mixed-media pieces are created mostly through manual techniques with some assistance of digital technology.  Pen and ink illustration, custom-mixed glitter in a variety of textures, graphic manipulation and mirror are all components of these works.

Subjects include our perennial pop-cultures favourites like David Bowie, Wonder Woman, Dolly Parton, and characters from Star Wars.  A few surprises await too, including larger, full-length pieces in addition to the 12″ square wall mirrors. 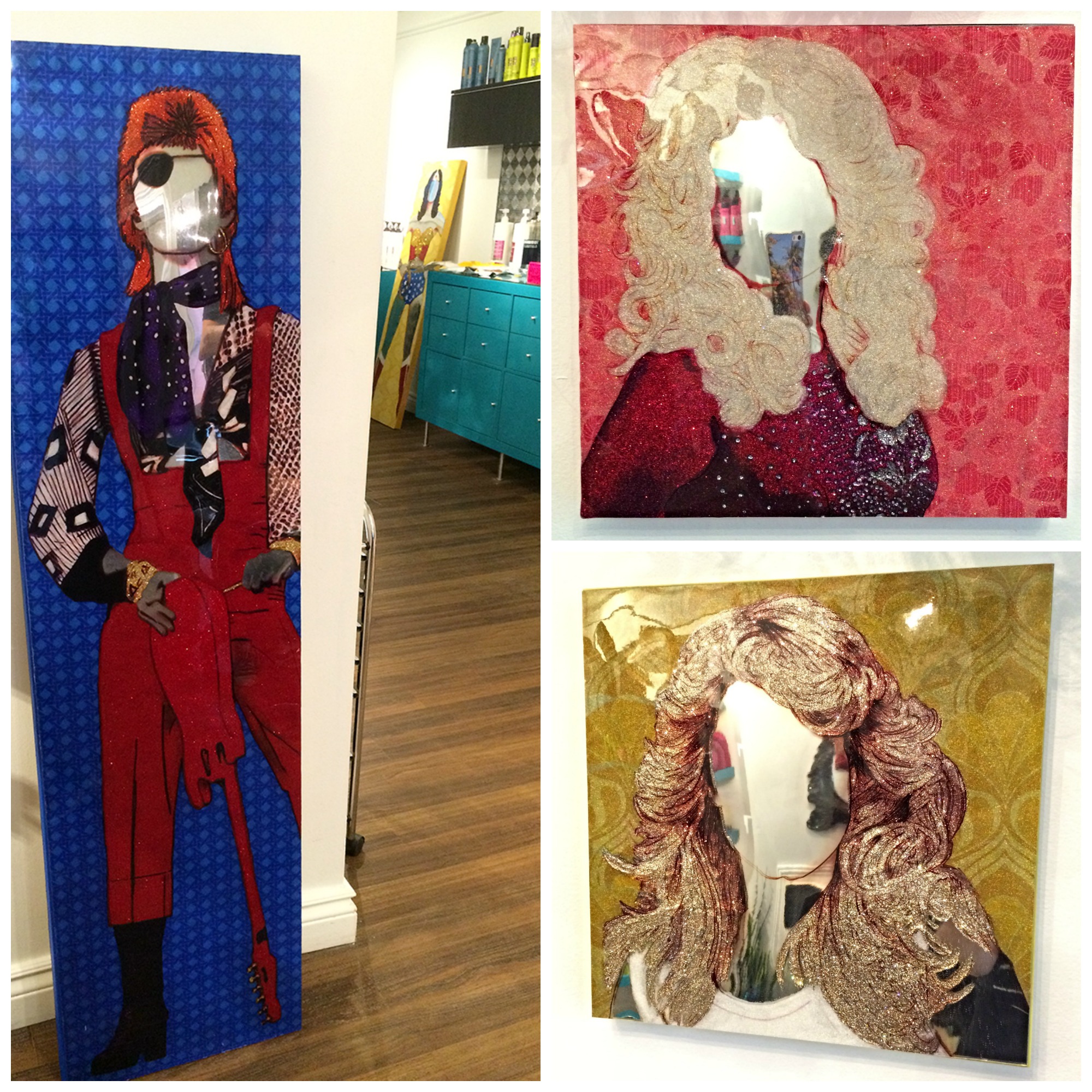 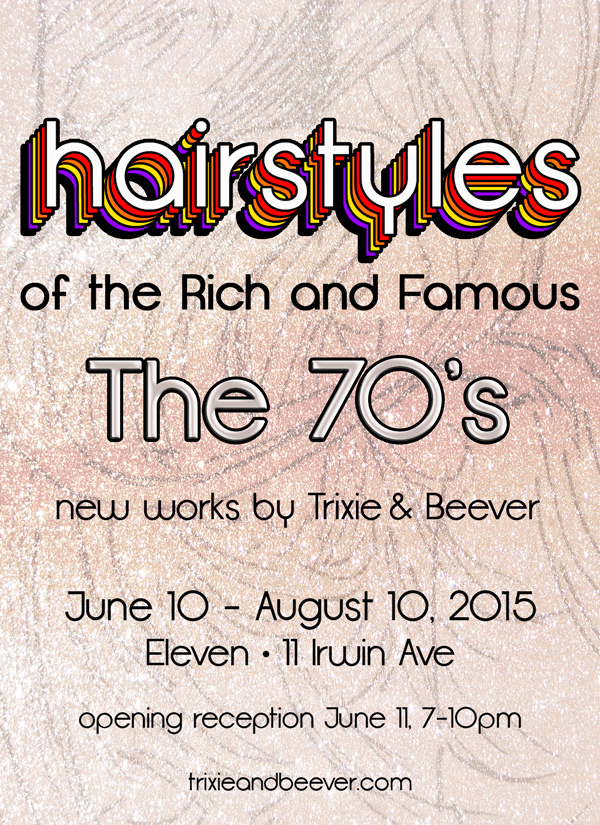